You may just have been asked to help put together your company’s annual report with little or no prior experience. That’s not as rare as you may think. Many annual reports are the result of trial and error.

Putting an effective annual report together takes a combination of research, learning, and practice. At Smart Media we focus on this three-pronged approach to raise the bar in annual reports. What’s more, we transfer this knowledge to potential report preparers through a rigorous and time-tested curriculum that combines workshops and apprenticeships. 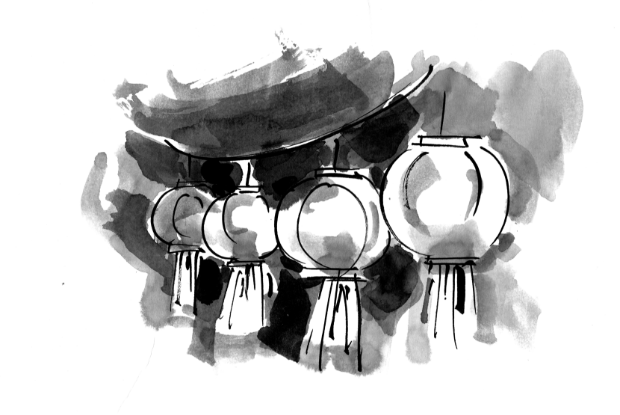 For the beginner this could be the first step in a journey to new heights. 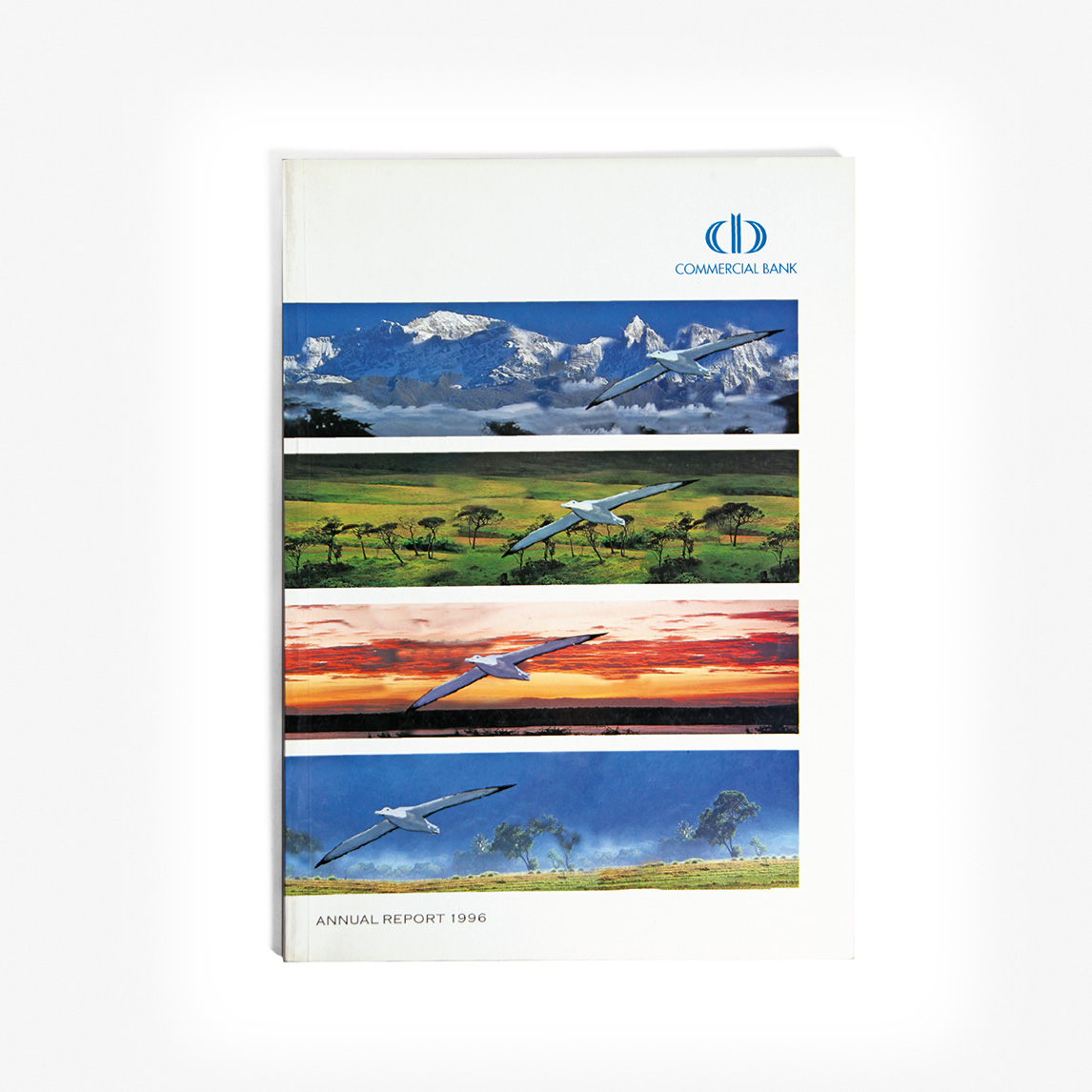 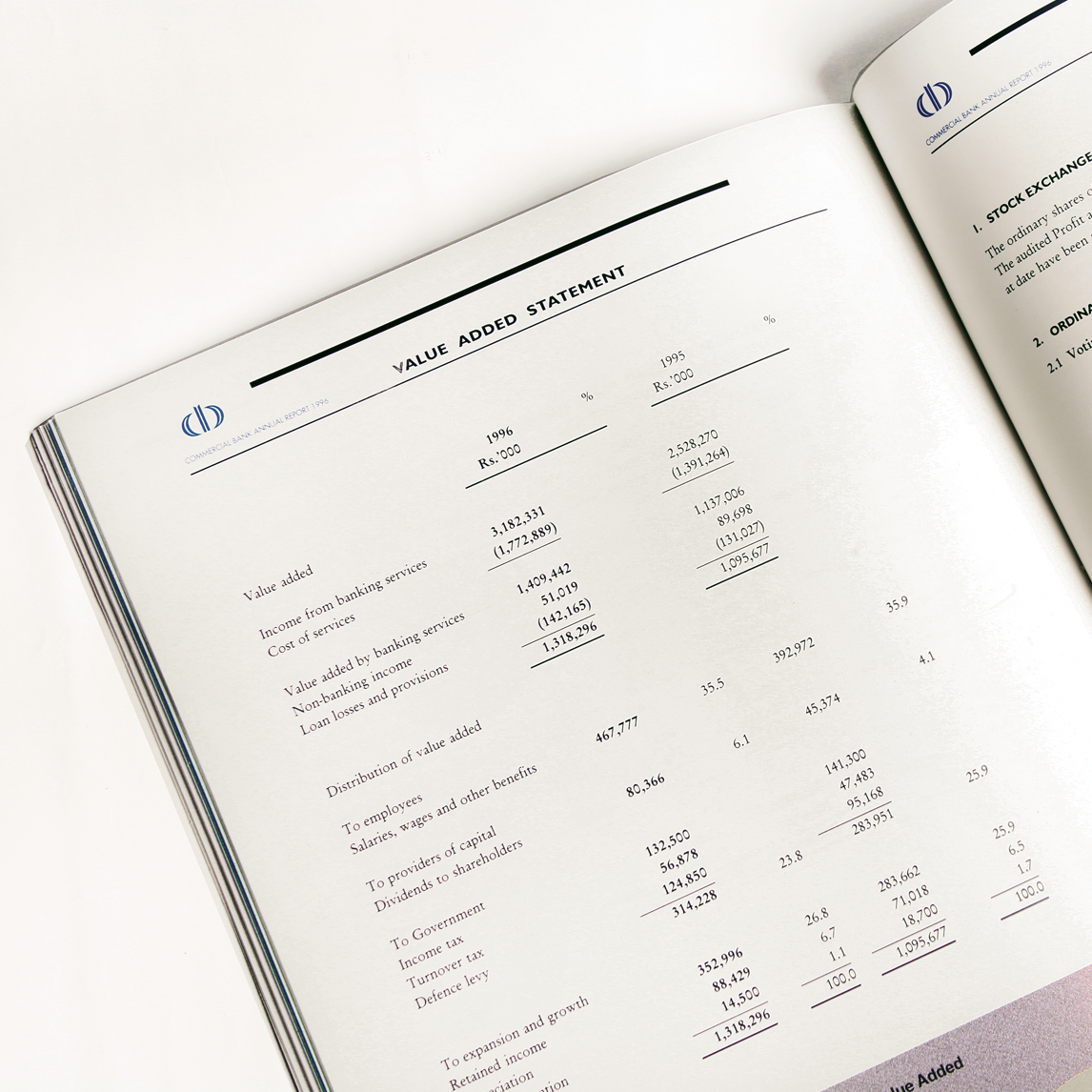 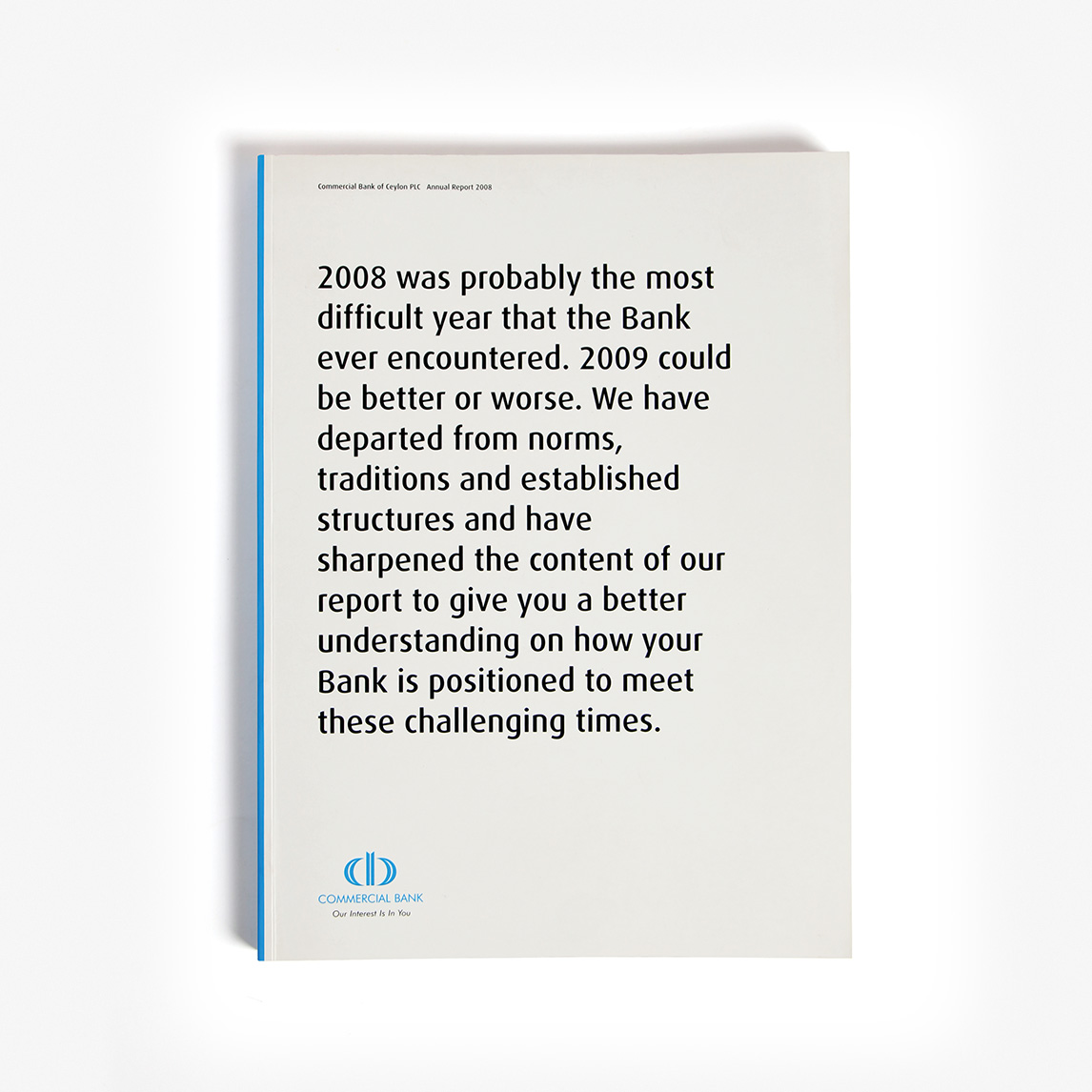 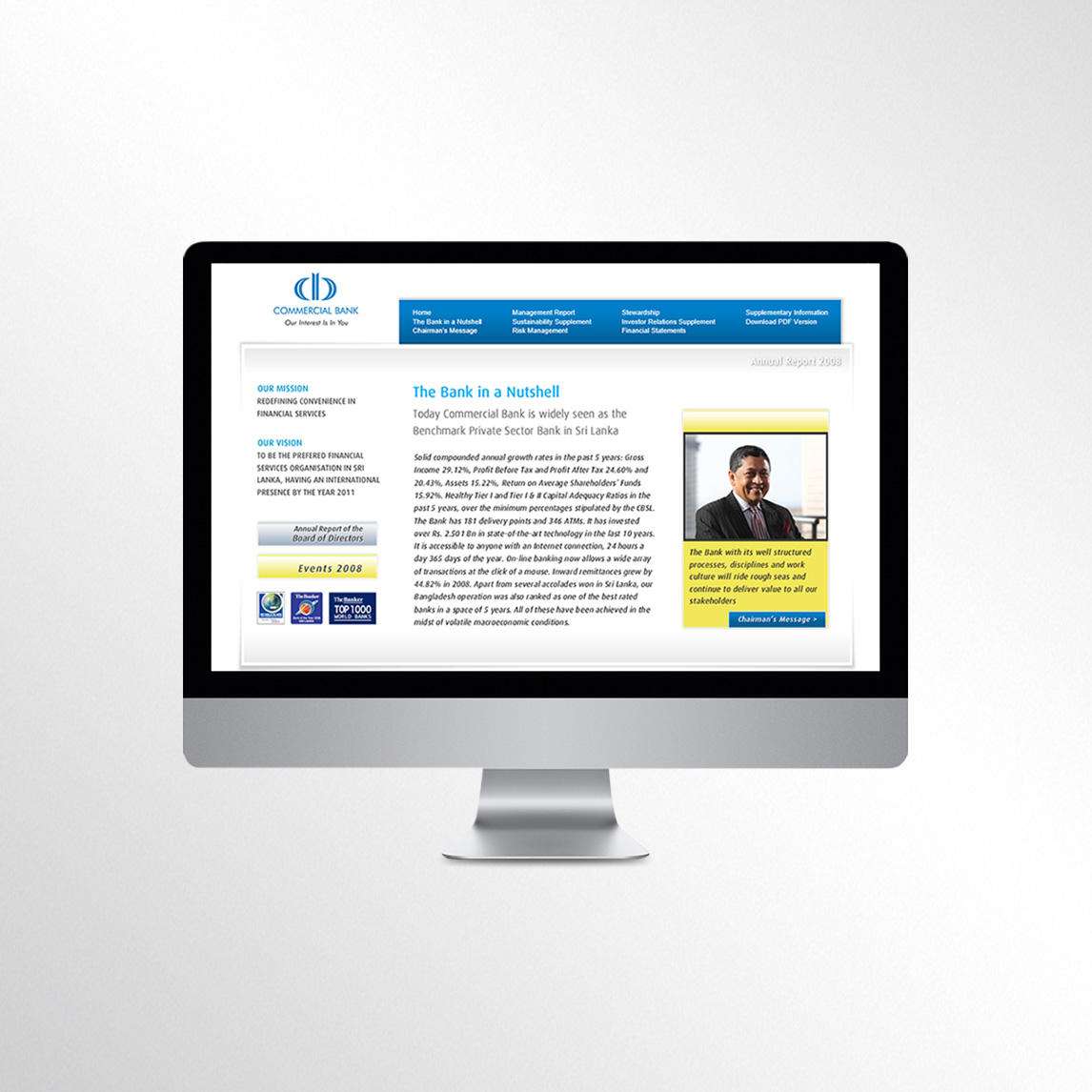 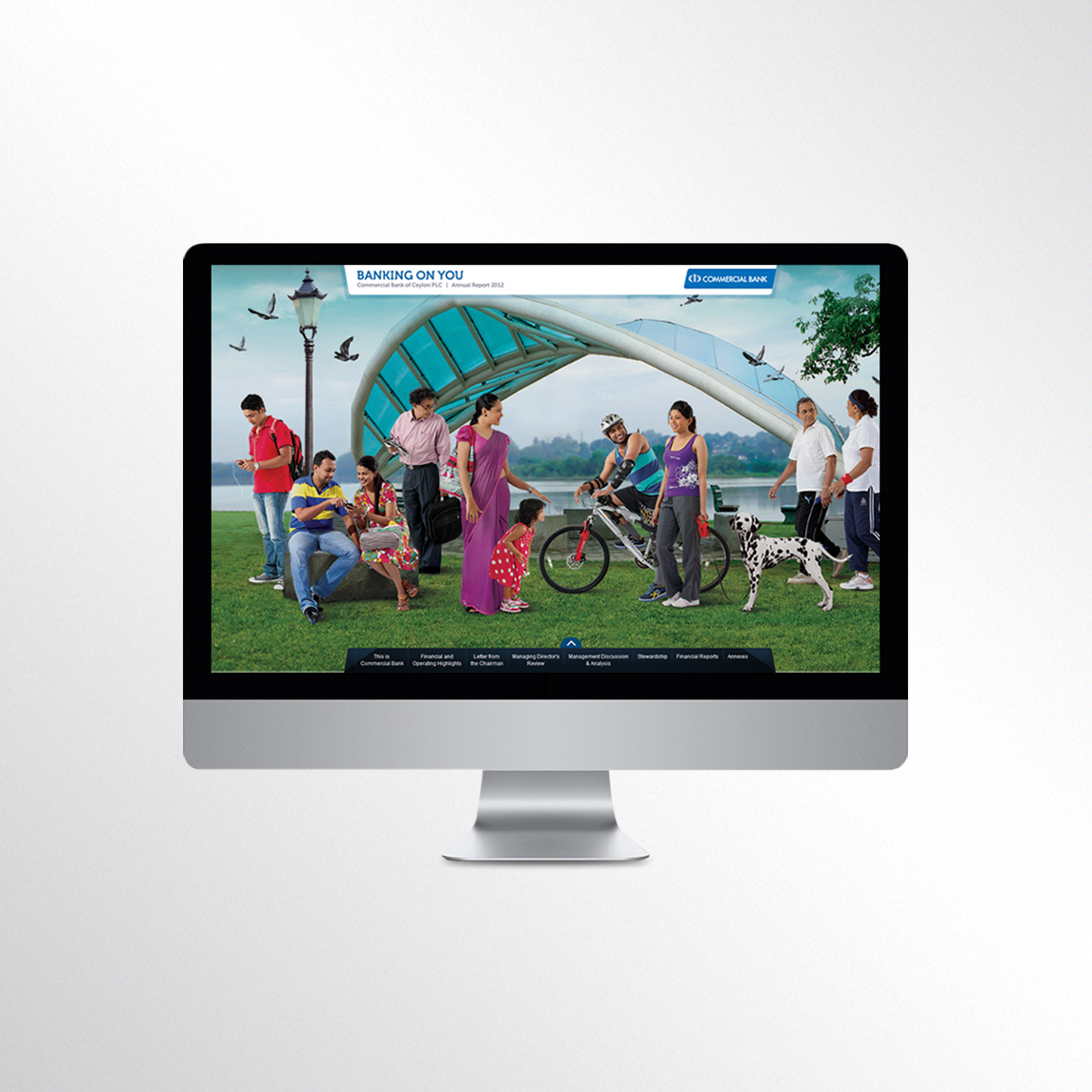 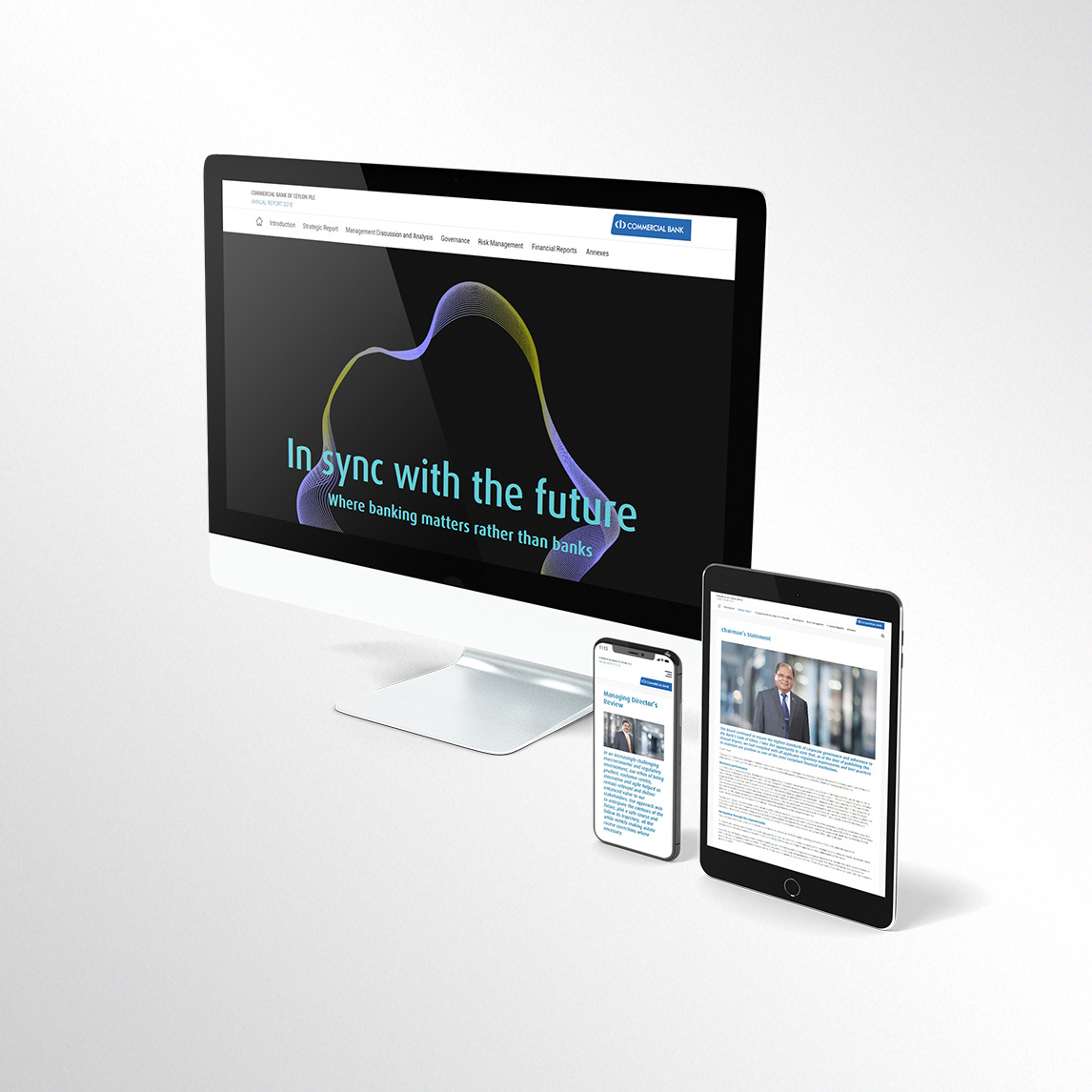 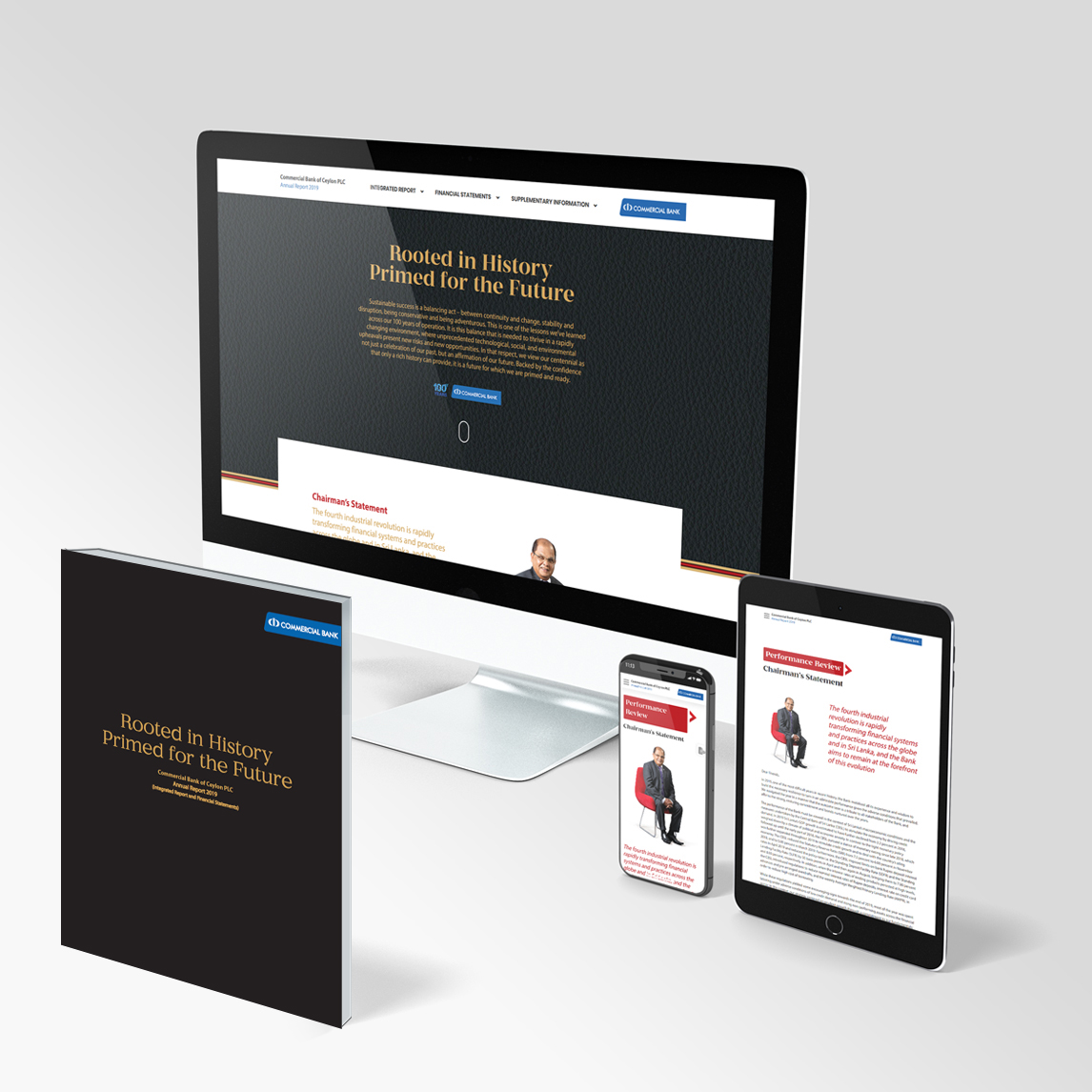 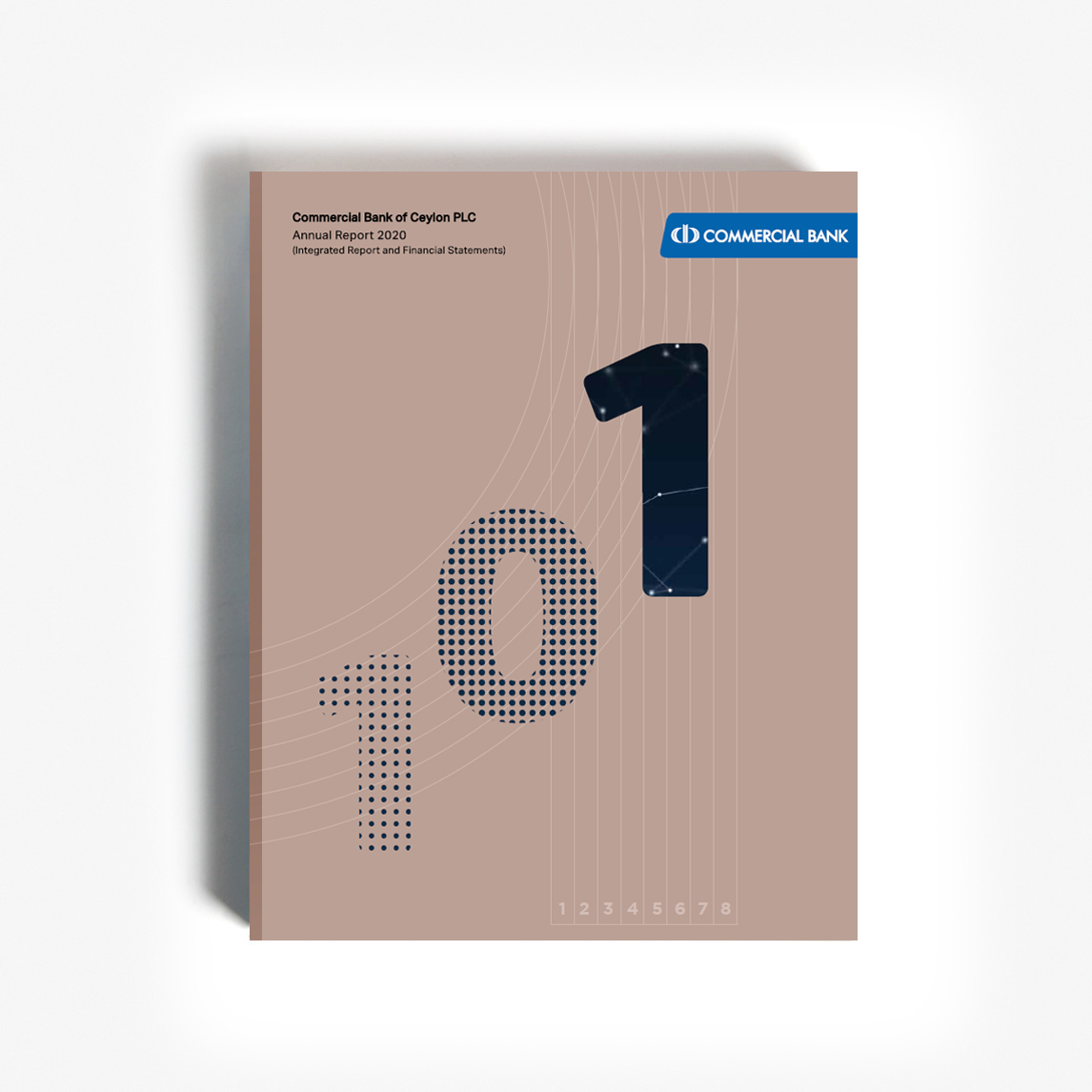 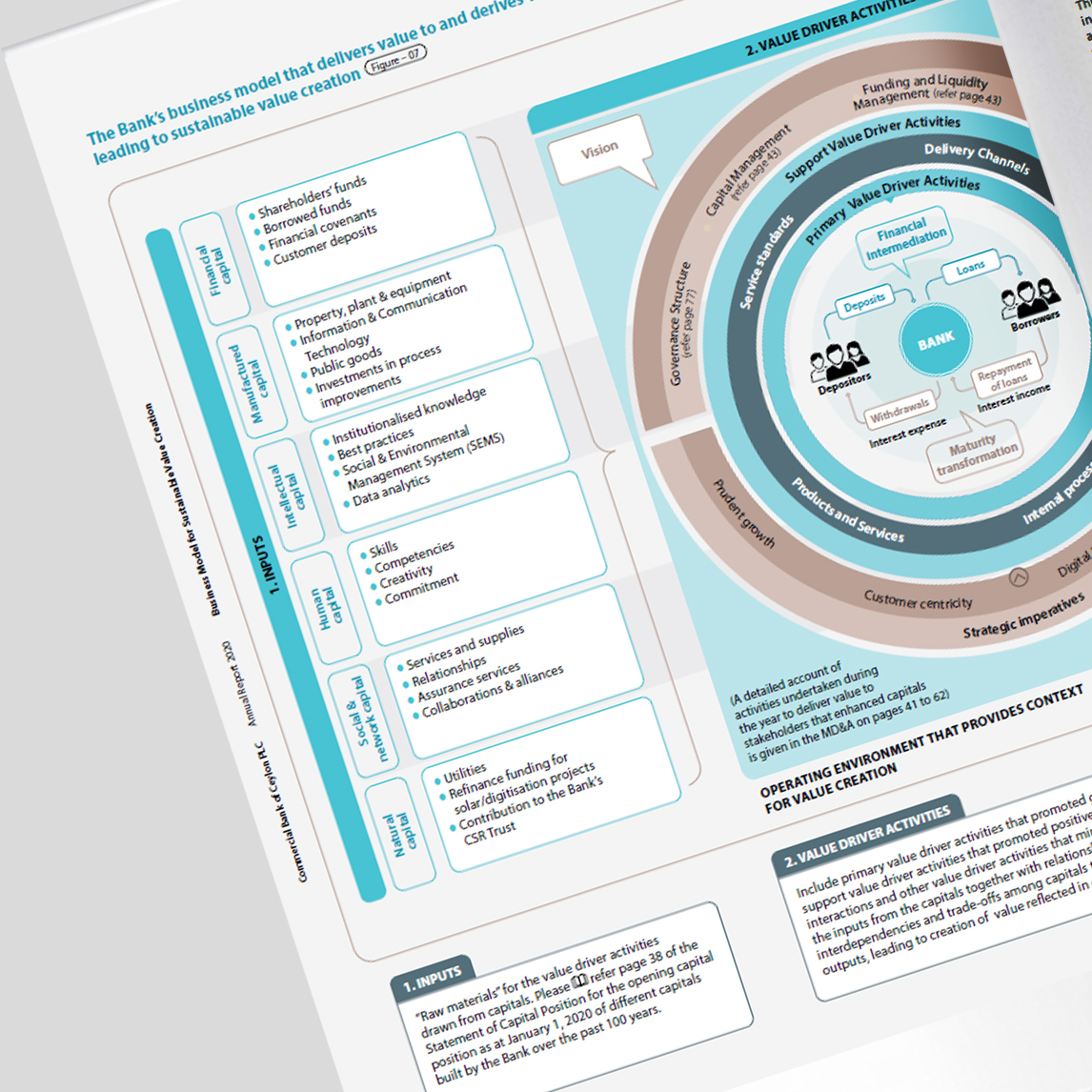 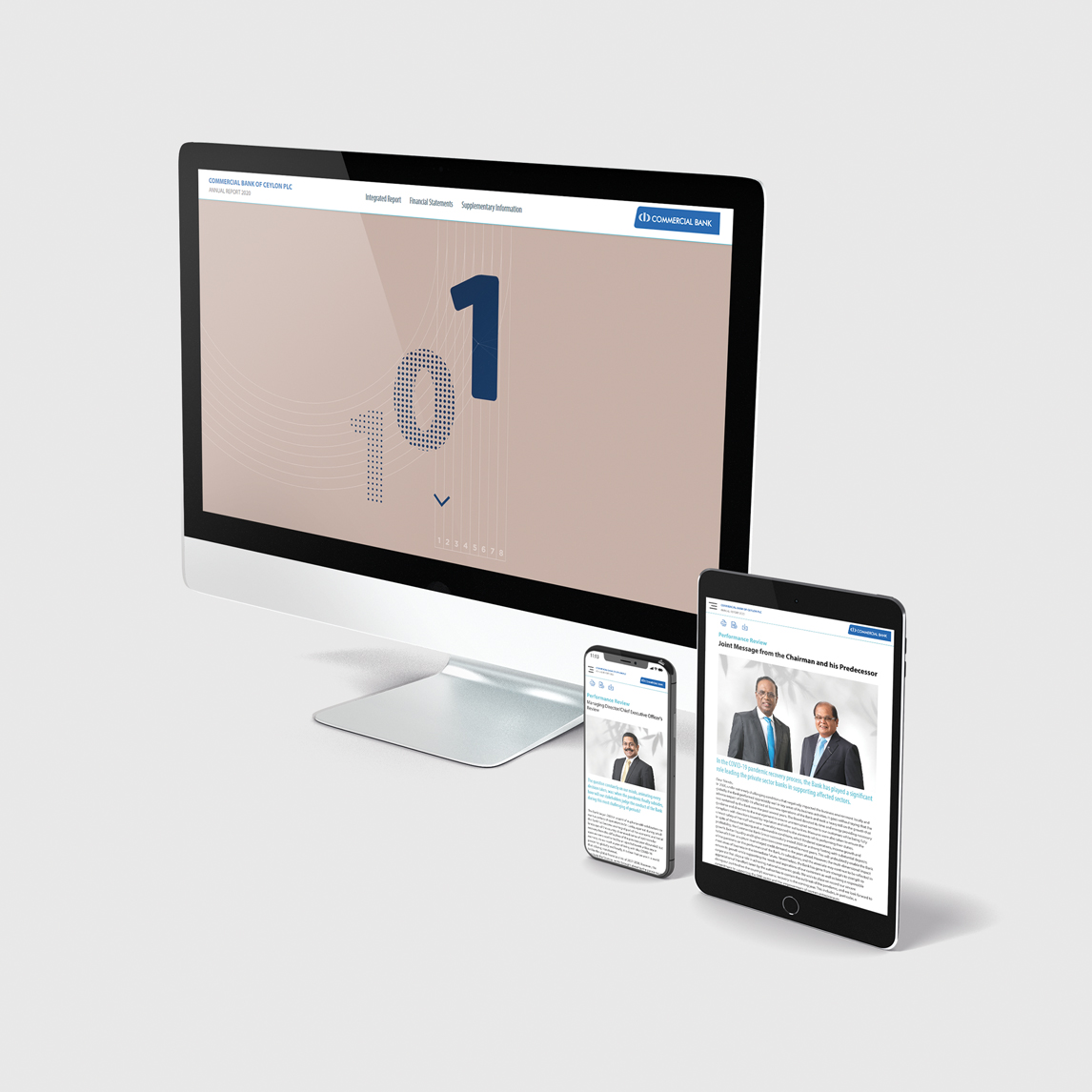 Commercial Bank began investing on their annual report journey with Smart Media in 1996.

It opened up to an independent third-party scrutiny of its corporate governance and reported on it more than 15 years ago.

It opened up to an independent third-party scrutiny of its corporate governance and reported on it more than 15 years ago.

Today, it has evolved to an integrated report with a discussion that centres on strategy and is published in multiple channels.

Today, it has evolved to an integrated report with a discussion that centres on strategy and is published in multiple channels.

The Commercial Bank Annual Report 2019 (Integrated Report and Financial Statements) celebrates the Bank’s 100th year anniversary. The annual report reinstates the lessons it has learned across a century of operation while also establishing the Bank’s determination to create value across the next century and beyond.

This is the 52nd annual report of the Commercial Bank of Ceylon PLC. Continuing the thematic trend it began in the previous year, this report too celebrates over a century of operations. Today, Commercial Bank is the largest private sector commercial bank – and the third largest bank overall – in Sri Lanka in terms of total assets. The International Operations of the Bank covers operations in Bangladesh, Maldives, Italy, and Myanmar. The report reflects on navigating the challenges brought about by the Covid-19 pandemic and the successes achieved despite it all.

For the ninth consecutive year, the Bank published an integrated report. It provides a comprehensive overview of the operations of the Bank and the growth achieved during the year. The Bank’s business model demonstrates the value drivers or the multitude of persons and aspects that contribute towards the sustenance of the Bank, the manner in which the Bank engages with each of them, the output of the Bank’s operations, and finally the outcome of these activities in the long term.

As in the past, the Bank also produced an interactive HTML version of its integrated annual report. The digital version provides easy access to the entire report – the most important sections are featured prominently and the other segments can be read, bookmarked, and saved to be read at leisure.

If you are at the beginning of your annual report journey, partner with us to switch to cruise control. Our Mission is to make the making and the reading of annual reports a joy – because we understand the Annual Report Irony all too well.